Another all-time great at his craft and a class act has passed on. 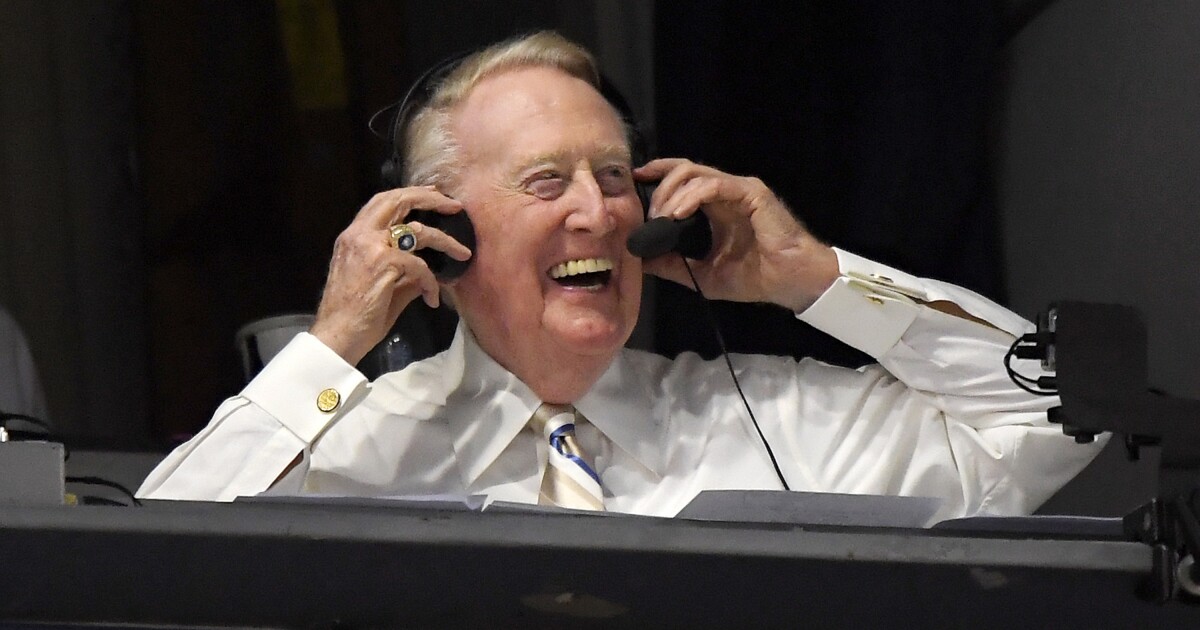 Vin Scully, forever the voice of the Dodgers, dead at 94

Vin Scully, voice of the Dodgers for more than six decades, died Tuesday

I think it’s amazing he did it for 67 years.

As an aside, this guy, announcer for the As, was a coworker of mine until a few years ago. He’s now in his 90s, and re-re-re-retired.

Monte Moore (born 1930) is an American former radio and television broadcaster for the Kansas City Athletics and Oakland Athletics baseball teams. An Oklahoma native, with a folksy, down-home style, Moore became the lead broadcaster for the Kansas City A's in 1962, when owner Charles O. Finley inserted him to replace Merle Harmon. Moore traveled west when the team moved to Oakland in 1968, remaining the team's principal radio voice through the 1977 season, and its television voice until 1980. ...