Trivia Question- This is an 1879 photo of a football team at the college where one of its students developed the game of American football. That student, who is holding the ball, was also the team’s coach. Who is that student and at what college did this occur?

Just to clarify - The first game of college football was actually played at another school in 1869, but that was actually Rugby. The captain of the team in this photo changed the rules of Rugby to create the game of American football. 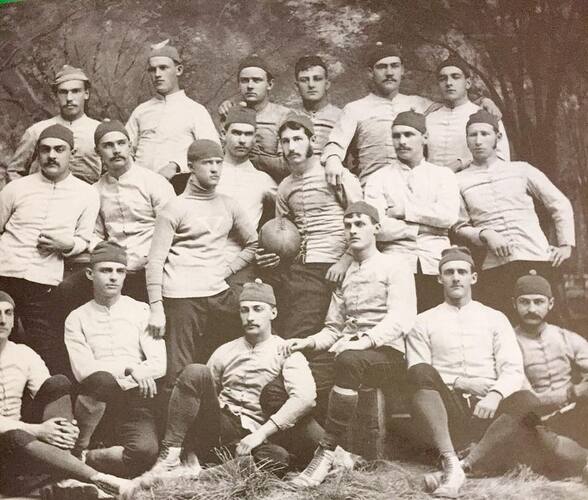 I believe it was Yale, but can’t remember the person.

Crparrothead- WTG Yale is correct. I will give you a hint for the other part of the question. Did you ever play football at camp

I cheated, I never would have guessed.
On the person, I didn’t cheat on Yale.