A good joke about Texas

This is in an ESPN column on the worst of the college football season, but it is pretty funny. 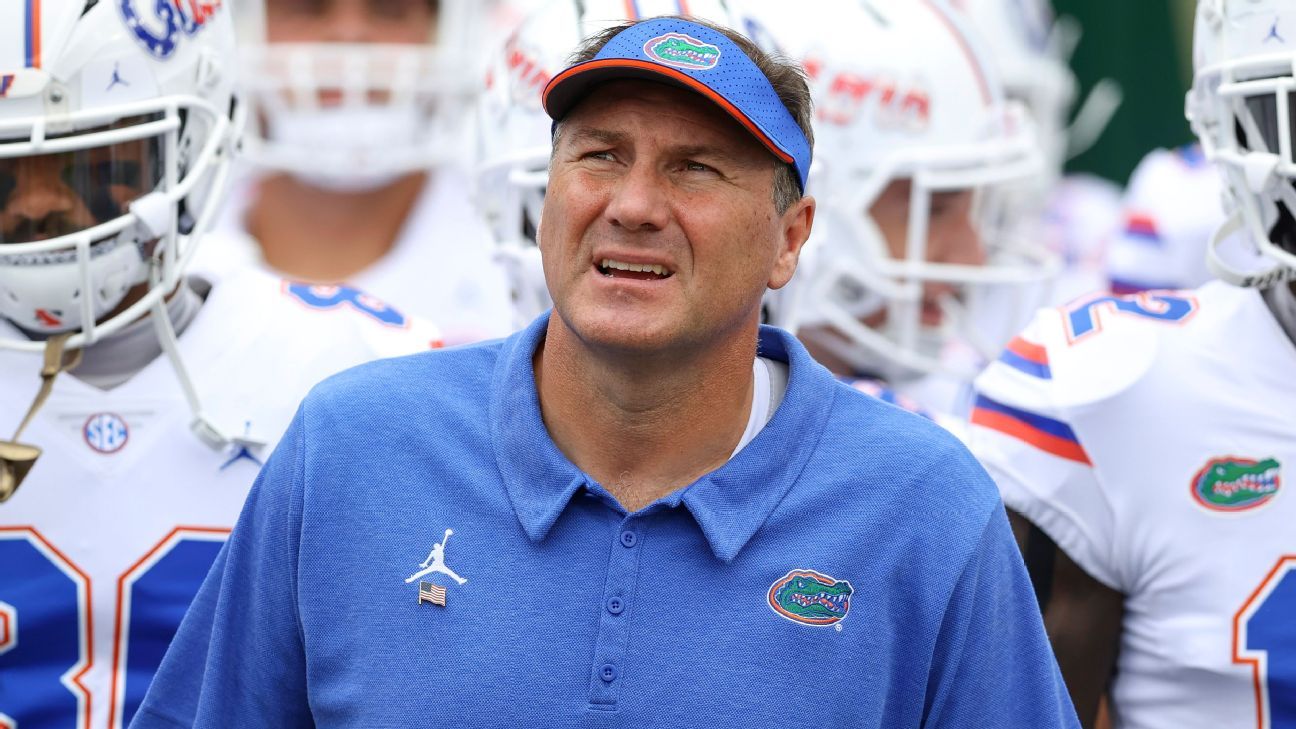 UMass couldn't lose for winning, Florida couldn't get anything right, Brian Kelly found a twang and more lowlights from the college football season.

A businessman was in Austin for a work trip and decided to have dinner at the hotel steakhouse. He ordered a beer, and when it arrived the mug was larger than his head. “Hey,” said the waitress, “everything comes big in Texas.” He ordered a salad, and it came in a punch bowl. “Hey,” she repeated, “everything comes big in Texas.” He ordered a steak, and it took three servers to carry it to his table. “Hey …” “Yeah, yeah, I know, everything comes big in Texas.” When he asked the waitress for directions to the restroom, she told him to go through the lobby and it was the second door on the left. He misunderstood, accidentally took the third door and in the darkened room walked right into the indoor swimming pool. As he thrashed in the water, he screamed to whoever could hear him, “Don’t flush it!”

This is in an ESPN column on the worst of the college football season, but it is pretty funny.

A work friend of mine is a Texas fan and we are trying to console each other.
I think the main difference is that Steve Sarkisian is a known, failed commodity and Scott Frost still has a chance to turn things around.

At least I hope.

In fairness, Sarkisian was on Nick Saban’s staff before Texas hired him. That experience was after he flopped at USC and would have been a strong point for him.

In fairness, Sarkesian was on Nick Saban’s staff before Texas hired him.

Saban disciples have about the same success rate as Belichick disciples. 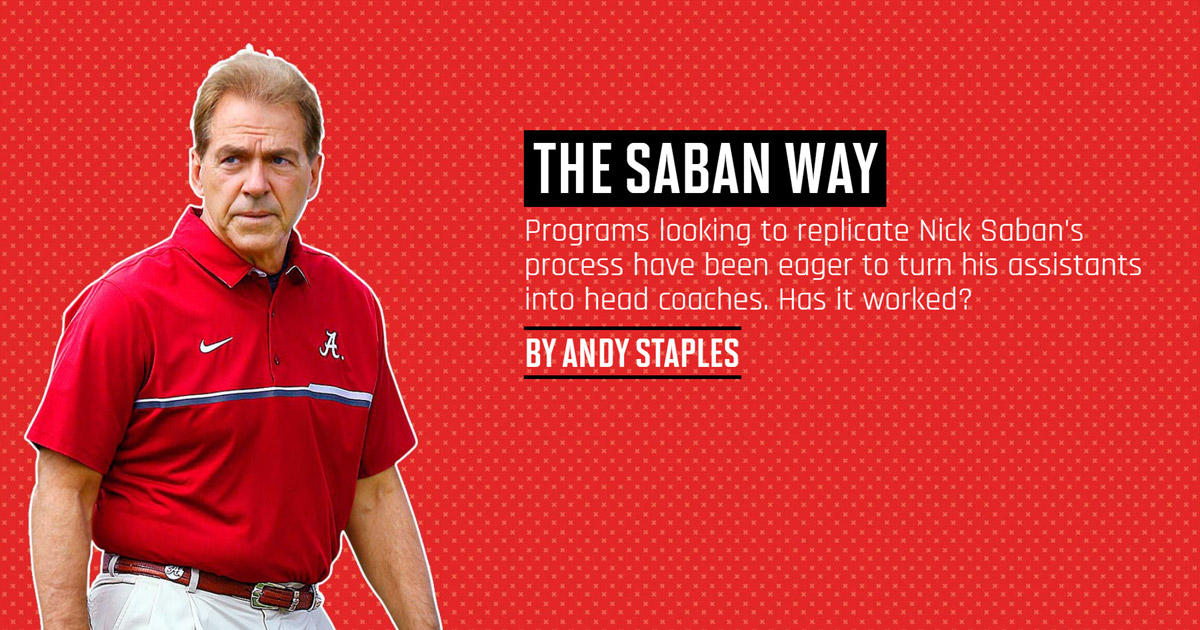 Nick Saban Coaching Tree: How well have his assistants fared?

College football programs looking to change their fortunes hired former Nick Saban assistants with the hope that they could do what Saban had done at Alabama. Has it worked?

I would classify Kirby Smart as the only strong branch of that tree.

Kiffin has done OK too since being on Saban’s staff.

Kiffin has done OK too since being on Saban’s staff.

I forgot about Florida St. Natty.
IMO, Kiffin has been cashing checks on his dads name for decades

IMO, Kiffin has been cashing checks on his dads name for decades

I disagree. A father’s name might help you get into the first door, but it will not carry you forever.

As a non-sports example, Tim Conway Jr. has has a talk show in Los Angeles for many years. He acknowledges that being the son of Tim Conway helped him get started, but he also says he knew that once he had been given that opportunity he either had to deliver or would be shown the door, and his father’s name would not help him at all then.

I disagree. A father’s name might help you get into the first door, but it will not carry you forever.

Kiffin has had more than enough chances to prove himself. And he has really only had two “good” seasons while basically falling into premier jobs.

Another reason to hate Kiffin 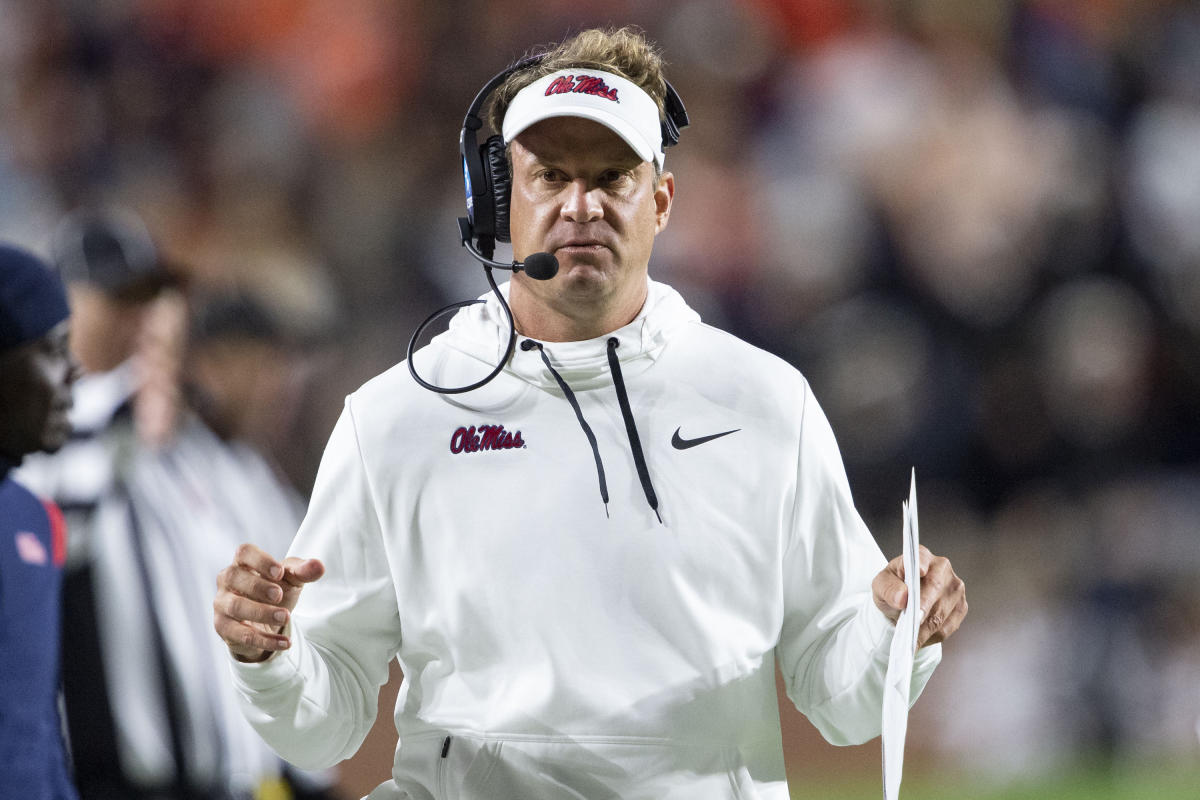 Lane Kiffin on the transfer portal: Players transfer to where 'they're going...

Coaches also change schools in the offseason in search of pay raises and promotions.

Coming from the man who left Tennessee for USC after only one year.
Flaming hypocrite.

I think Kiffin is a scumbag and would never hire him myself. With that said, I still think his performance post-Saban is better than pre-Saban, and I can see why a non-marquis school would hire him.

With that said, I still think his performance post-Saban is better than pre-Saban,

I will give a couple more seasons with Ole Miss (if he is there that long), before making that judgement.