What type of math is this?

I am putting this under humor.

@
BIDEN: "Today we received news that our economy had 0% inflation in the month of July."

Because this is some funny math.

Because this is some funny math.

I think there are some signs it’s going to be coming down, but 8.7% is not something to celebrate and it’s not 0.

What did he mean?

What did he mean? 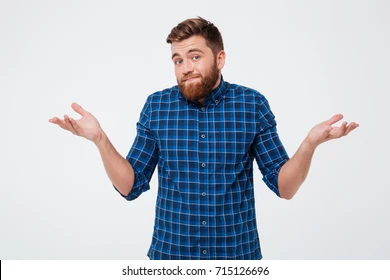 Which July is he talking about… probably a July during the Trump years.

Here is what they are talking about. The CPI index did not move month over month. There was 0% monthly inflation. The reason why the annual inflation number retracted from 9.1% to 8.5% is because of the inflation that happened from Jun-21 to Jul-21.

Here is what is meaningful that most people fail to understand. Gas prices dropped significantly (I paid $3.25 last night) from the peak that happened in June. Despite the gasoline prices falling, everything else increased to offset the decrease in gasoline cost. Despite the headline number falling, we are no better or worse off than we were last month.

Here is the chart that I updated. It is hard to see so I will screenshot the tiny little part that they are referring to. 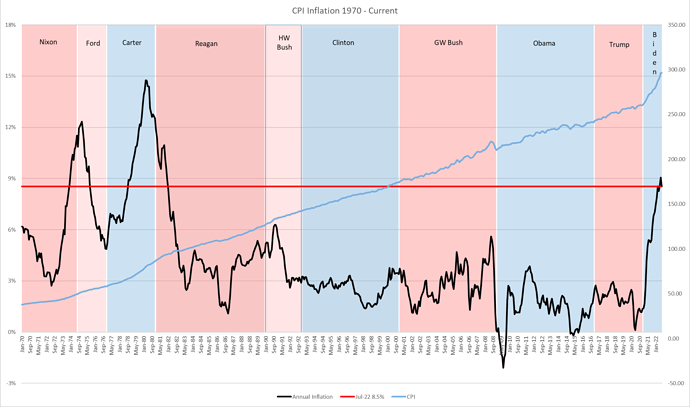 Zoom in of the zero monthly inflation. Its really hard to see. People celebrating but still don’t really grasp what is happening. 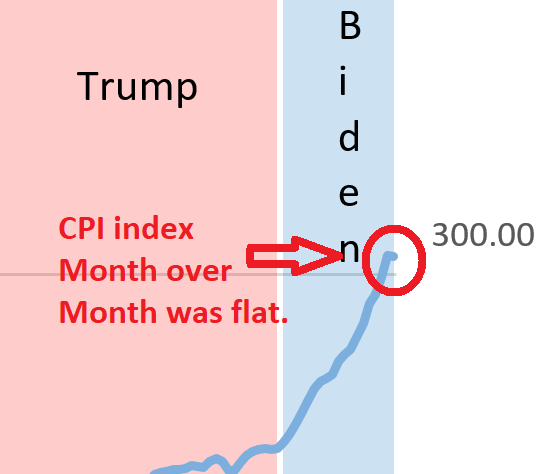 One thing to remember is that Housing makes up about 1/3 of the CPI number and therefore has the greatest influence. Here is a good reference for the composition of the CPI: 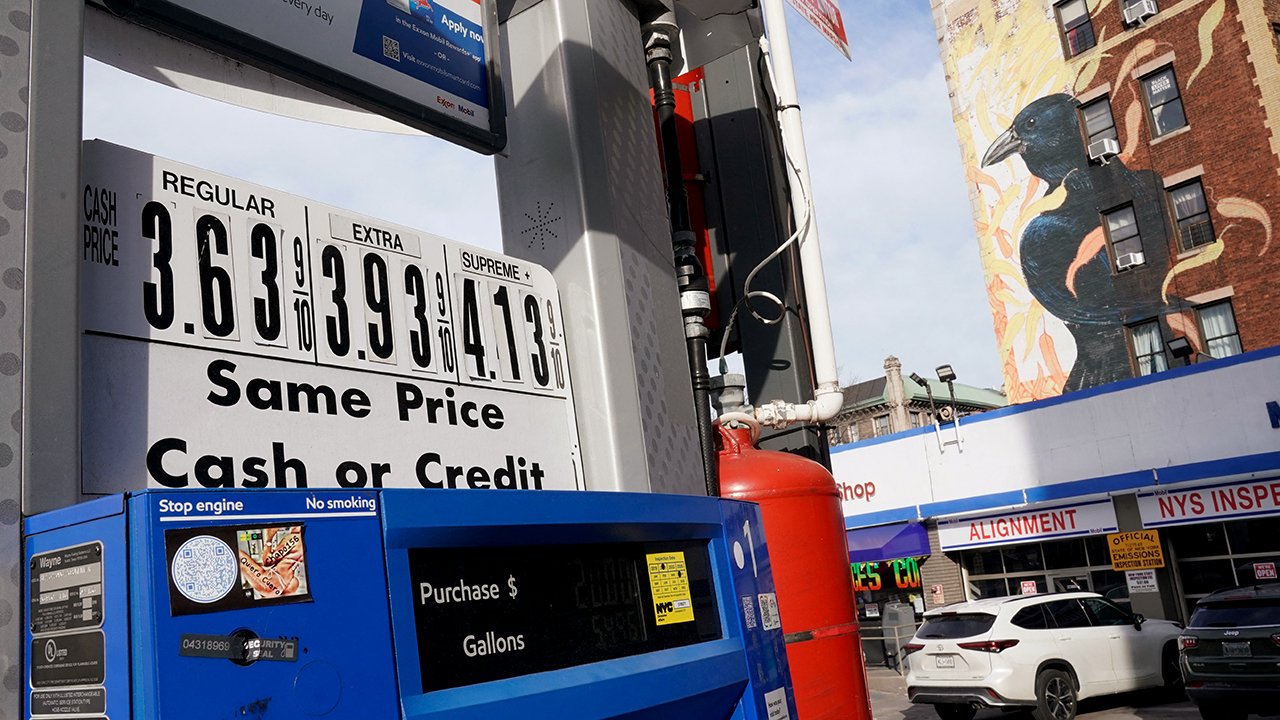 As inflation soars, a look at what’s inside the consumer price index

The CPI-U is the most widely cited inflation metric, so it’s worth popping the hood and looking inside to see how it works.

Yes, actually it turns out the CPI was zero for July. 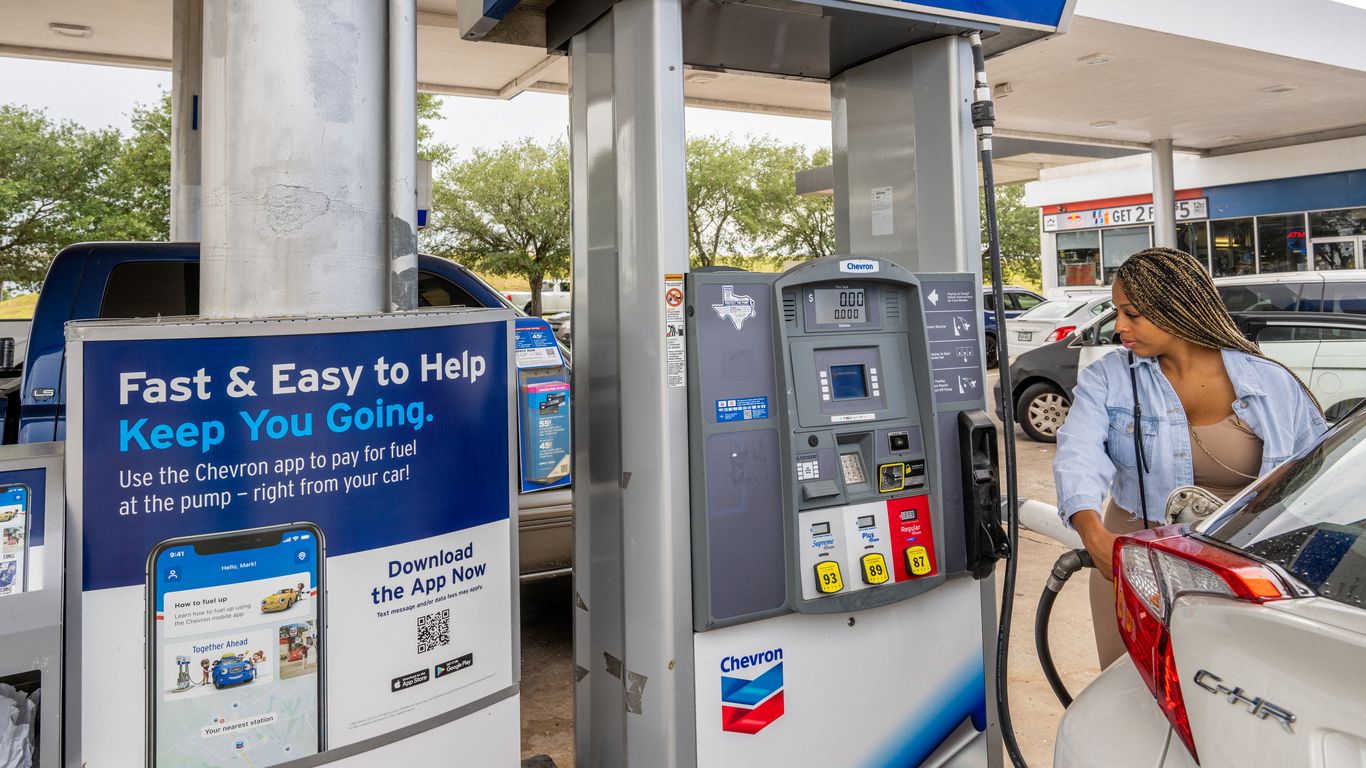 Inflation drops to zero in July due to falling gas prices

This actually brings another point.
If Biden could put coherent sentences together, and if anybody actually believed he was smarter than a bag of hammers, he easily could have announced this as a positive for the economy.

So for the current month, unless there is another massive slide in energy prices, inflation is coming back next month. My estimate be back to 8.7%+ next month. Oil is going to have to collapse to sub $80 this month to get the same CPI benefits that we got in July.