What is the most dysfunctional NFL Franchise now?

Stafford is good, but isn’t Goff good too? And younger? Heck, even younger, Goff has more playoff experience. How does Stafford justify so much compensation?

Everybody is missing one big point. Goff signed a king-sized contract in 2019 and then regressed. Sean McVay had lost confidence in him and had indirectly called him out for his poor play with comments like saying Goff was their quarterback for now. It was pretty obvious that the Rams were having regrets, but Goff’s contract was viewed as unmovable. The Lions were able to get so much by agreeing to take Goff’s contract off of the Rams’ hands as part of the deal.

This article explains it pretty well:

What is absorbing $43 million in guaranteed money worth? Multiple league sources said the Rams’ inclusion of a second first-round pick likely pushed L.A. over Washington for Stafford.

From what I have read elsewhere, Goff is hardly viewed as the Lions’ sure-fire quarterback of the future. They will have a few years to evaluate him, after which they can move-on.

As for the Rams, they are in win-now mode while they have a window open. Stafford gives them a much better shot at winning now while that window is open. They have essentially pushed all of their chips into the center now. That bill will come due once that window closes. The Rams last had a first-round pick in 2016 and do not have one until 2024. They also have traded away many other picks as well. This article discusses how they now have little margin of error left: 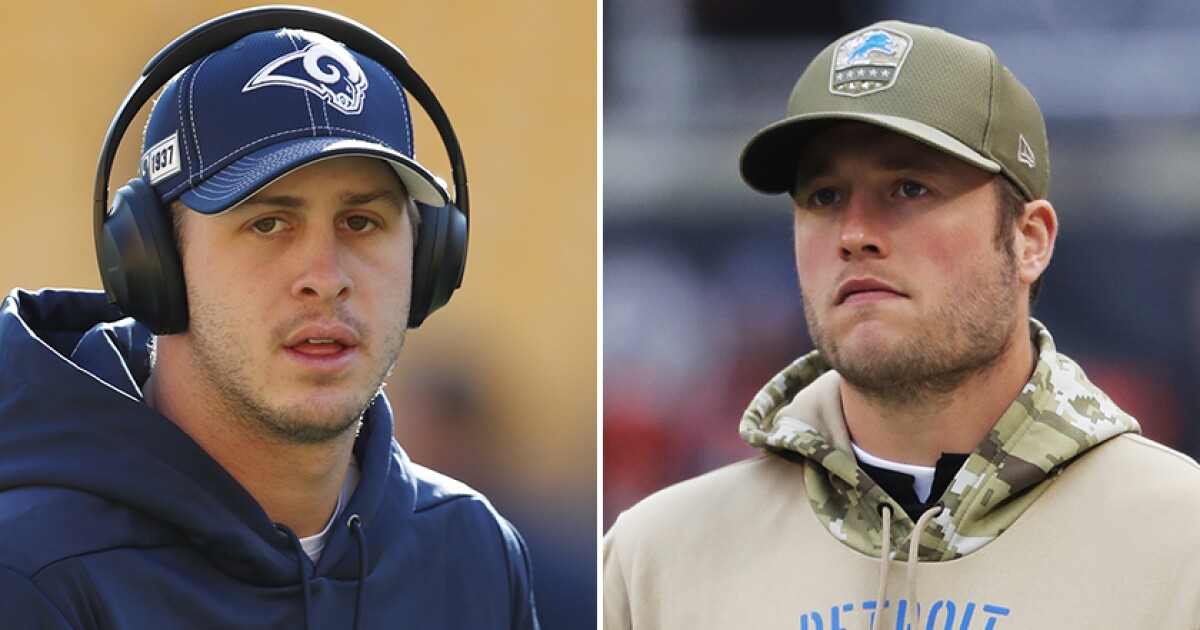 Worth the risk? Rams hope Matthew Stafford can deliver what Jared Goff couldn't

The Rams' decision to trade Jared Goff to the Detroit Lions for Matthew Stafford is a big gamble, but the team had virtually no other option.

Edit: Here is another take that says the Rams won the trade hands-down. I don’t totally agree with it. The Lions can eat Goff’s contract and have it count against their salary cap while they are rebuilding and won’t need the cap space. Those draft picks will help with the rebuild. 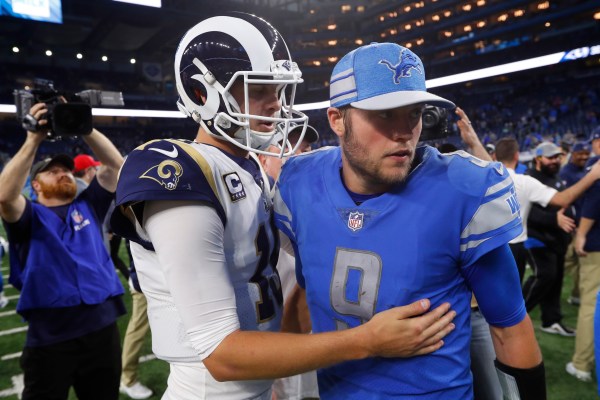 Yes, the Rams now have no first-round picks through at least the 2024 season. They may have thrown their first-rounders out of the equation through an entire Presidential administration that just s…

Stafford is good, but isn’t Goff good too? And younger? Heck, even younger, Goff has more playoff experience. How does Stafford justify so much compensation?

Stafford is better than good and has produced nearly all of the Lion’s offense in his time. He’s passed for 45K yards, currently 16th all time. With a few more decent seasons, he’ll surely pass Testaverde, Palmer, Tarkenton and Moon, and likely pass Rodgers and Elway. The Lions put him with a lot of mediocre and poor players. While QB the Lions were 74-90-1. Without Stafford during that time, they were 5-22.

The Lions had Calvin Johnson, arguably the best Lions’ receiver ever, for some of Stafford’s time, but the Lions management seriously p’oed Johnson and he wanted desperately to leave, and he did. That’s just an example of how poorly that team has been coached and managed. For a very long time, I have thought the only way that the Lions can even get to a Super Bowl would be for the Ford family to sell the team. We’ll see what happens with yet another GM and Coach.

The Lions had Calvin Johnson, arguably the best Lions’ receiver ever, for some of Stafford’s time, but the Lions management seriously p’oed Johnson and he wanted desperately to leave, and he did.

I read that Johnson retired because his body was wearing down and he just did not have it in him any more to take a beating. He didn’t leave the Lions because he was pissed at them. I read that he got pissed at him when they demanded he pay back a prorated part of his signing bonus that he forfeited when he retired, and that is what pissed him off. It was $1 million and Johnson said that for all he had done for that franchise it was really petty for them to ask for that back.

I thought this was a good description of Johnson’s relationship with the Lions.

Calvin Johnson: Detroit Lions 'wanted me to change my story' about suffering...

Sanders left the Lions early because he was disillusioned with football, especially after Wayne Fontes was let go 2 seasons prior and replaced with Bobby Ross. Fontes was very laid back with Sanders and allowed him a lot of privileges that other players didn’t have (like pretty much avoiding training camp). Ross was much more a disciplinarian and rules oriented, even after Sanders had 2,000+ yards Ross’ first season. I saw a few Lions’ game when Sanders played and he was just remarkable, and always the best player on the field.

I’m not surprised that the Lions required partial repayment of bonuses because they were, and may still be, the poorly managed and owned Lions.

And back to the Houston Texans, here is what they want for DeShaun Watson:

Following the Rams-Lions trade, attention is once again on the Houston Texans and what they'll want for Deshaun Watson.

Only if whoever acquires Watson misuses him like the Vikings misused Walker.

Only if whoever acquires Watson misuses him like the Vikings misused Walker.

A result of the GM and coach not being on the same page. Plus, no player is worth what the Vikings gave up.