Poll - The start of the Major League Baseball season is delayed. Does anybody care? 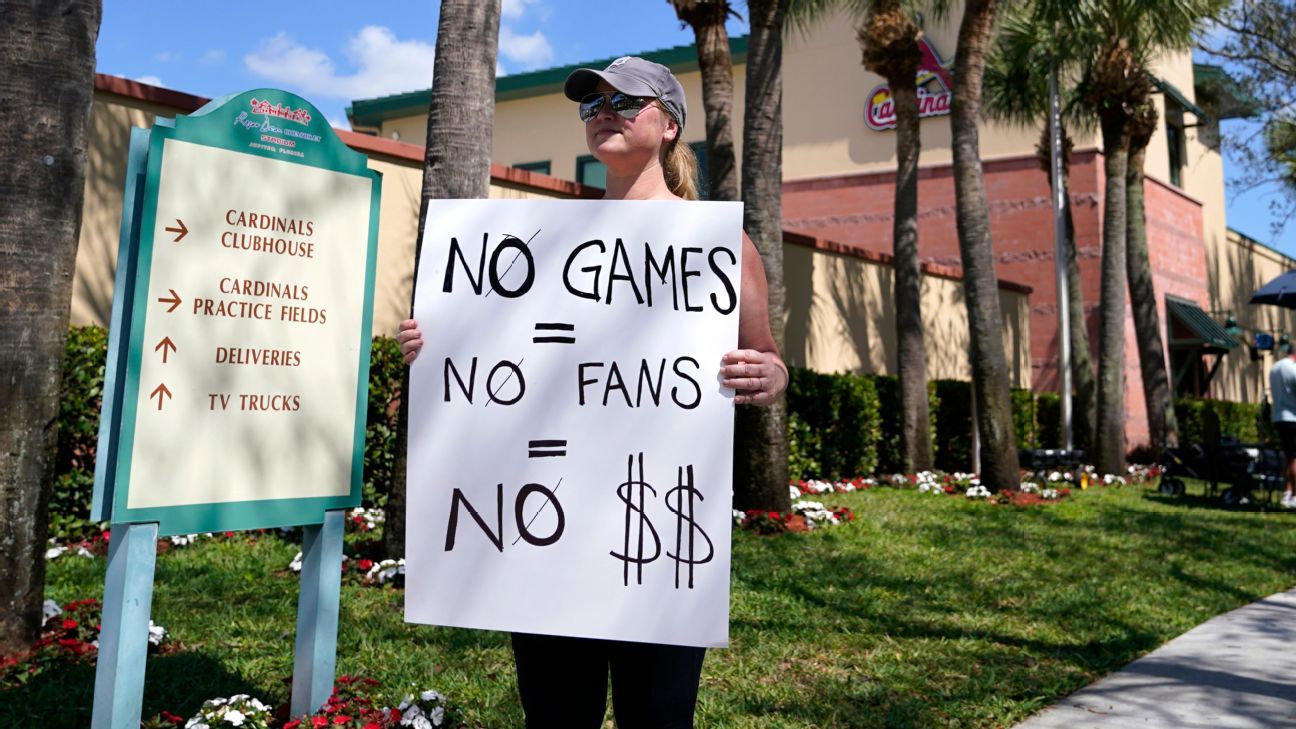 No deal: What we know and don't know as MLB delays Opening Day

After extending their deadline, the league and the union still couldn't agree. Here's what it means.

So, Major League Baseball has its first work stoppage since 1994, when the World Series was cancelled. Does anybody care?

Looking for a third choice.
I will miss it, but they really messed up last year when they refused to air games over any platform other than cable.
I have Hulu and could only watch a few Royals games last year since the contract would not allow Hulu to cover the channel they were on.

Looking for a third choice.
I will miss it,

Based on this, the answer is how you voted. Just curious, but what third choice were you looking for?

I wrote the poll to gauge how interested people still are in baseball vs. how many don’t really care about it any more. From what I have read, more and more people care less and less about Major League Baseball these days, which makes this entire work stoppage really dumb.

Edit: My bad. I though you voted that you would miss it. From your answer here, that is the answer to the poll.

but what third choice were you looking for?

Miss a little, but can live without it.

From what I have read, more and more people care less and less about Major League Baseball these days, which makes this entire work stoppage really dumb.

For the last 20+ years MLB (and baseball in the US in general) has been a comedy of errors.
From not playing a World Series, to the self induced steroid scandal, Astros trash can (see I can admit we are part of the problem), etc.
MLB needs to do everything right to even attempt to keep pace with the NFL and not be taken over by MLS, but they can’t shoot straight (and don’t get me started on youth baseball).

but what third choice were you looking for?

Miss a little, but can live without it.

Based on that, your answer should be that you will miss it. In other words, you still have some interest in it.

As for me, I have totally lost interest in baseball. The only extent of my interest was rooting against the Dodgers in the three recent World Series they played in because I wanted to watch their fans whine. Other than that, I couldn’t even tell you who is in first place in the standings at any time during the season without looking. I used to follow baseball closely, so it is not as if I never had interest in it.

Edit: I did have interest in the baseball playoff last year. I wanted the Dodgers to lose the wild card game to the Cardinals. Then, when they won that game I wanted them to lose to the Giants. Both of those would have been really fun to have happen and watch the fans whine. As it was, I just had to settle for them to lose to Atlanta.

When Royals tickets and parking weren’t that expensive, a baseball game was a fun social outing. When they got pricier, we went to T-Bones (now Monarchs) games. Cheap ticket, free parking, and affordable concessions.

rooting against the Dodgers in the three recent World Series they played in because I wanted to watch their fans whine.

As an Astros fan, you’re welcome.

Those are actually a blast.

As an Astros fan, you’re welcome.

It is still fun to listen to how some Dodgers fans whine about how they were cheated out of the World Series and should rightfully be champions.

I said before that the most I could have seen MLB doing was vacating the Astro’s World Series title, just like the NCAA has done with football teams. USC fans would be able to explain this to Dodger fans.

Those are actually a blast.

Yes, we have two Class-A minor league teams here. We go to a few games each year, and they are fun. And, there are Costcos close to each stadium, meaning we can get hot dogs there before the game. Costco hot dogs sure do beat stadium hot dogs.

I can’t remember the last time I saw one of the two local MLB teams here.

100%
I used to volunteer at the stadium.
Those dogs are gross!!! Especially the $1 dogs.
The brats are usually pretty good though.