@imabass
I think you have talked about how your wife is a veterinarian.
There is a special place in heaven for good, honest, caring vets.
One of our dogs was sick last week, pretty bad, and we took her to our vet.
This group is very caring, but also very realistic and honest about cost and risk.
They will not judge if an owner chooses to not be able to have a procedure due to cost but will comfort them almost like a family. They also are awesome about follow up and making sure the pet is OK after the visit.
FYI, our dog is fine, she had a GI infection that is being treated with medication and a pro-biotic.

Yep. Wife is a vet. Most vets do care about all their patients unless they are bitten by them. In veterinary medicine, there are owners that care and will do anything for their animals and others that don’t really care. She had a patent in on Saturday and the guy didn’t have the money. We went and pawned a gun and came back. My wife cut the price as much as she was allowed to for the guy. There are other owners that money is not hurdle and they refuse to spend $20. A couple of our current pets were ones that owners were unable to take care of.

This gets to the big stress of the job. Many people care for their pets but don’t have adequate funds to care for their pets. In addition to this the vets have massive student loan costs. If my wifes loans were paid off, she would quit today.

A couple of years ago we took a different dog in and the doc told us that there was a surgery $1500-$2000 dollars and it wasn’t guaranteed.
Fortunately the obstruction passed and everything was fine, but there was no pressure to spend money on the surgery, just compassion. 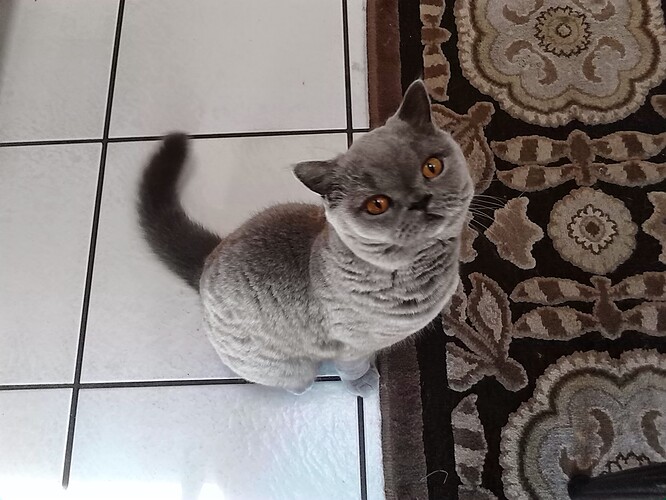 We would have spend all out $$ and sold our property to save him.

My ex has a Bichon Poodle who we fear is nearing his last days. He is a rescue dog. My ex is a realtor and one of her associates was checking a vacant house and found him chained to a table in the back yard with no food or water. That was in 2014. The vet estimated that he was about 6 or 7 at the time. He had a spinal injury after she got him, and after surgery he was fine. But lately his back is arched and he moves slowly. He seems to have good days and bad days. About the time you think it’s time to put him down, he gets out and runs in the backyard. But he has had some personality changes (growling and nipping). The groomers won’t take him anymore because, while he never was great at groomers, they are saying he needs to be sedated for grooming because of his aggressiveness. I think he may be in pain and that’s why it happens, but how can you tell if your dog is hurting if they don’t yelp or cry when you pick them up? It’s day by day and it’s hard, I guess because it’s been so gradual. At any rate, it will be a sad day when he’s gone. Here’s before and after pictures of him. On the left was when he was found. The vet said that had he been left one more day, he most likely would have died. The right is the life he got after rescue. There is a special place in hell for whoever tied him up and left him to die. Especially when a Craigslist ad for “free Bichon Poodle” would have had him a new home in a matter of hours. 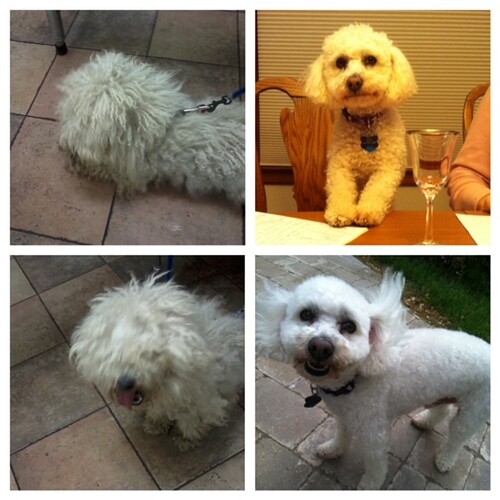 You are a special person for rescuing him.

No one can tell you when the time has come to let him go.

We have been through the issue with several pets.

The only point I can make is that we don’t have the right to let an animal suffer because we don’t want to loose him.

A couple of years ago we took a different dog in and the doc told us that there was a surgery $1500-$2000 dollars and it wasn’t guaranteed.
Fortunately the obstruction passed and everything was fine, but there was no pressure to spend money on the surgery, just compassion.

With a human, there’s no amount of money I wouldn’t spend. I’d go bankrupt to save my kid. With pets, it’s no so simple to make the call.