Miami is going to be in big trouble

Early word is he’s aware and has full motion. I don’t care about the season, I want tua to be healthy.

He should have been taken out Sunday by the NFL Spotter and not go back in the game. Clearly concussed I hope he is ok too

There is currently an investigation going if Miami followed the proper protocols Sunday.

Tua is going home with the team today. My guess is his season is over, maybe his career. 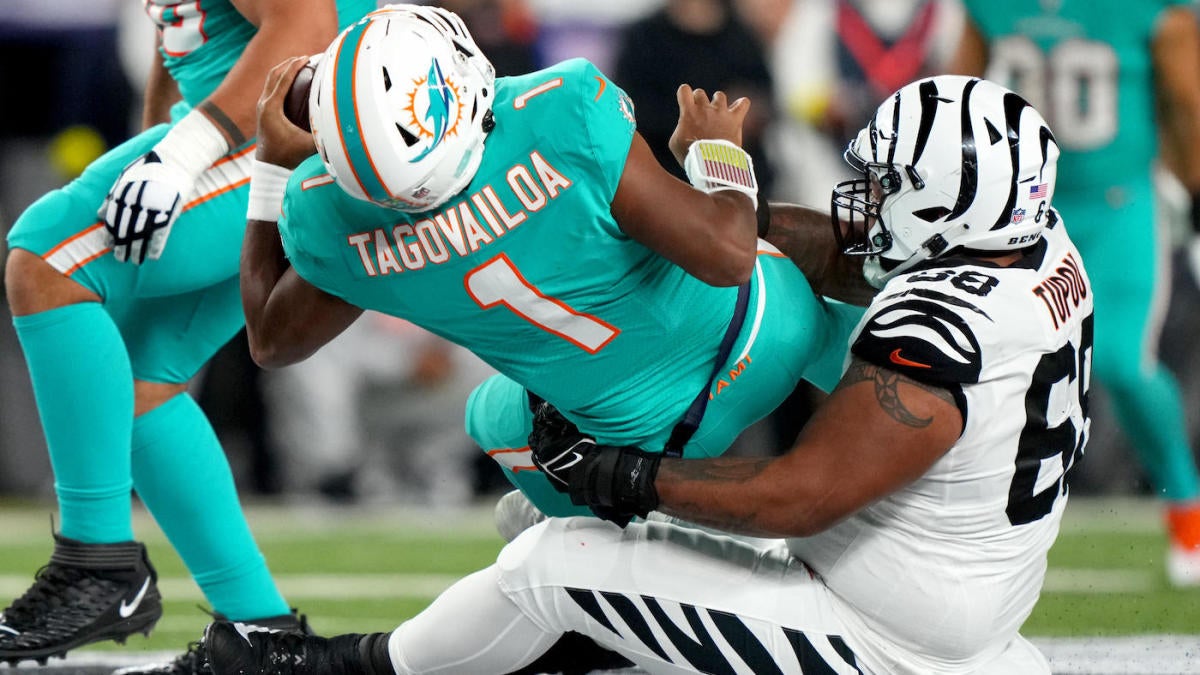 The NFLPA is threatening serious action to keep its players safe

There is currently an investigation going if Miami followed the proper protocols Sunday.

This guy thinks they didn’t.

‘You Guys Should Go to Jail’: Concussion Expert Rages After Dolphins QB Is...

Tua Tagovailoa was hospitalized after being slammed to the ground Thursday night—his second such hit in five days.

I think MIami screwed the pooch. Even if it’s a star QB, you don’t take chances…Mahomes got a hard hit in a playoff game and did not come back to the game. They had Tua back out in the second half.

I think MIami screwed the pooch.

Ryan Fitzpatrick was on the post game last night and brought up another point.
This is also on the NFL, not just the Dolphins.
There is supposed to be “screeners” in the boxes looking for anything “off”.
He said he was pulled out of a game once because an NFL screener saw something and radioed down to the NFL Dr. on the field. They put him in the tent, saw nothing was wrong, and let him back in the game.

Yeah…but in the first game he looked woozy as hell when he stumbled after getting hit. They are going to try to claim it was the back that made him do that…I don’t think it was.

Even if it was his back, someone from the NFL was supposed to pull him aside for protocol, that didn’t happen.