Hey KC, I thought of you when reading this 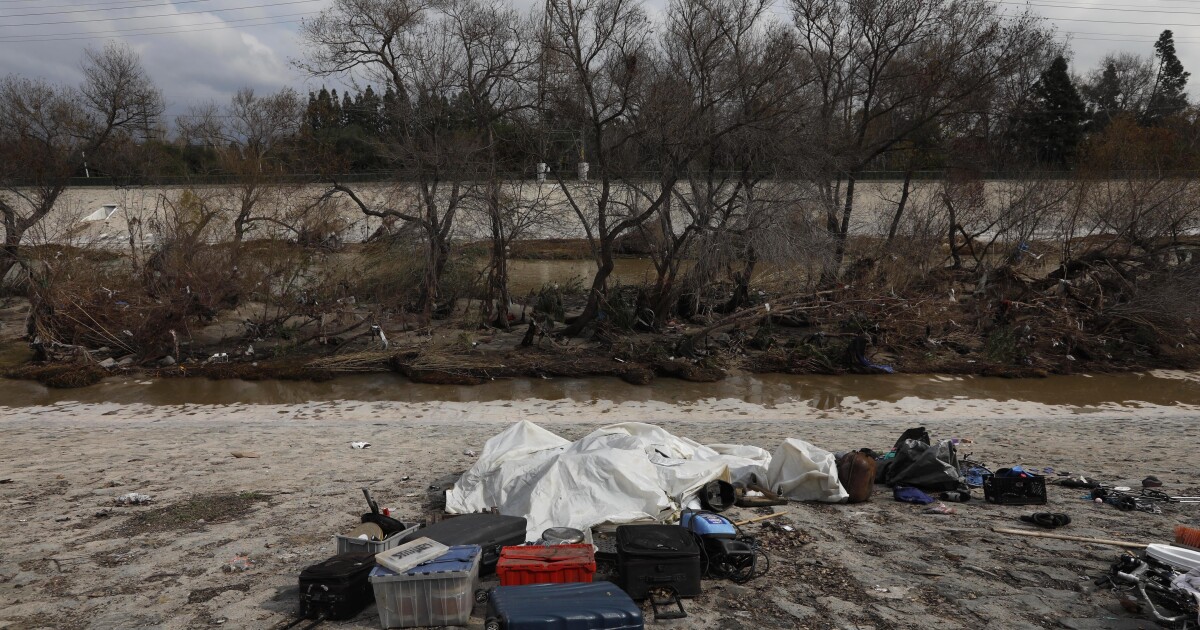 Op-Ed: A letter to the cyclist who rode by the Atwater bridge on the L.A. River

A small confrontation on the bike path at the L.A. River showed how we misunderstand each other and homeless people who are our neighbors.

What is your take on it?

Personally, I think the writer comes across as a holier-than-thou ass here. This may shock you, but I actually have sympathy for the cyclist here.

Personally, I think the writer comes across as a holier-than-thou ass here.

I think D-Bag is a more appropriate term.
Numerous things about this dolt that would piss me off.

Well…the cyclist only yelled at them for blocking the bike path. I can only say that he’s lucky he was on a bike path and not consoling the guy in the right turn lane of a city street. If the guy were on the street, he’d likely guide the homeless guy to a safer spot to console him. Motorists tend to get more pissed off at obstacles than cyclists do. But this was “only” a bike lane.

The cyclist was likely frustrated because when we ride on a street, it’s not uncommon to have drivers yell out to get off of “their” street. They tell us we should be in the bike lanes or on trails. So this guy was on a bike path. And the path was blocked. Check out a bike path and there’s not a lot of real estate for cyclists, walkers, or anything else. So he likely just saw that the path was blocked and this guy assumed he must know that this poor man was homeless and had just lost his partner. We notice people, but we don’t know their life story. So the guy wasn’t yelling because he didn’t respect homeless people. To be honest, when you’re trying to make sure that the path ahead of you is clear of hazards, traffic or people, it’s really hard to tell if they are homeless or not. The writer didn’t say much…other than to admit that they were blocking one of the lanes. He didn’t mention if the path had a drop off on one side, or if there were rocks or broken glass on the other side of the path. He didn’t mention if there were walkers. HE didn’t mention if there was a cyclist coming the OTHER way on that two lane bike path.

The writer made a boatload of assumptions. And he never thought to consider that maybe that spandex clad asshole had personal issues of his own that he was working thru while riding. The writer should learn to say “I’m sorry”.

The writer made a boatload of assumptions. And he never thought to consider that maybe that spandex clad asshole had personal issues of his own that he was working thru while riding.

Not to mention the author didn’t know the speed the biker was going. How the eff was he supposed to notice anything about the author and the other dude while he is going at a presumably high rate of speed?

The writer should learn to say “I’m sorry”.

Aw, come on KC. The writer did say this:

Maybe this was unfair. Maybe you didn’t see that my partner and I were helping a member of the unhoused community, though we wore shirts identifying ourselves as outreach volunteers. Maybe your comment was, as you insisted, entirely civil. If I was wrong, then you’re owed an apology and you have it. But I don’t apologize for prioritizing the needs of the most vulnerable members of society over convenience for the prosperous and comfortable.

Doesn’t that just give you a nice warm and fuzzy feeling?

Nah…this line is his true feelings "These were the circumstances when you, spandex-clad and biking south along the river, "

But again…if the homeless guy would have been partially blocking a lane of traffic on a street, I think he would prioritize getting that vulnerable person out of the way of traffic before tending to his knees. I pass hundreds of people every day when we ride, and I honestly can’t tell you a damn thing about writing I see on T shirts.

Side note - We rode Saturday to a birthday party downtown for one of the guys in my group. I was wearing a jersey with “Cycopath” on it. On the way there, the guy behind me said that he was glad I was wearing the Cycopath one and not the Pedalphile one. I thought that was pretty funny, but I’d never wear a jersey like that out.