Another bone-headed penalty costs the Raiders 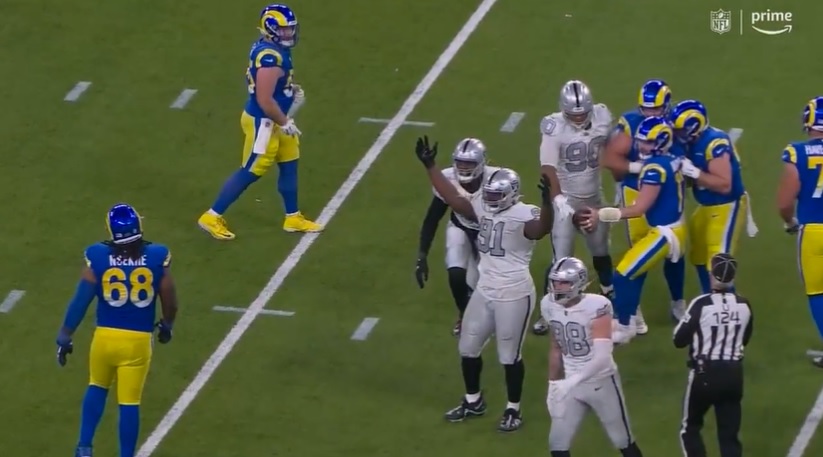 The Raiders seemingly had the Raiders beat on Thursday. But a dumb penalty from Jerry Tillery changed the outcome of the game.

Ironic, since the Raiders were playing better and were slowly getting into the playoff race. They are probably done now.

That was flat-out dumb.

The Raiders have been sabotaging themselves for decades. Nothing new.

The Raiders have now lost to a coach who was an ESPN analyst less than a week before the game, and a QB who had less than 48 hours to learn the playbook.

The Raiders have been sabotaging themselves for decades. Nothing new.

Al Davis still thought he knew everything well after it was obvious the game had passed him by. Mark Davis knows he does not know football, but he keeps hiring the wrong people.