Nobody has talked about Kyrie Irving here, specifically regarding his promoting a film with anti-Semitic tropes. However, this column discusses very well how certain professional athletes can be selective with their outrage over social issues.
https://www.washingtonpost.com/sports/2022/11/06/kyrie-irving-nba-kevin-durant/
Here is a link without a paywall showing the article. I don’t know why the author is different: Kyrie Irving lit a flame. The NBA watched from top to bottom as the fire...

In the days after Brooklyn Nets security guard Kyrie Irving tweeted a link to a propagandistic film with many anti-Semitic themes, his outspoken colleagues said nothing. While the players could have stepped up and shown how to be allies, exactly the kindness they expected from their white coaches and peers in 2020, they did nothing.

Their collective silence, coupled with their union’s declaration (52 Toothless Words from the National Basketball Players Association), exposed the worst of empowerment and exclusivity running amok. And we have seen this problem in all walks of life. The thin blue line that protects even a racquet just because it has a badge on it. The politicians who would stick to their party’s talking points rather than show basic human sympathy for the violence inflicted on an elderly victim. And now, of course, the gang of brothers who will fight together against racial injustice and hate speech as long as the perpetrator is not one of their own.

And, for the latest example of hypocrisy: 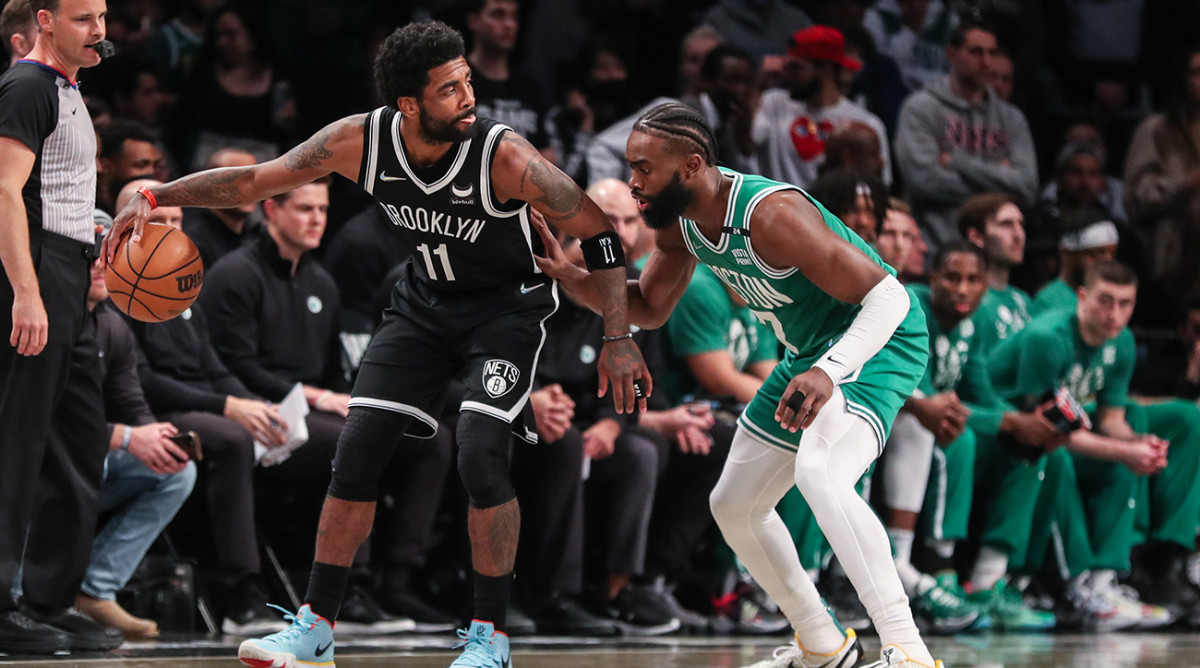 Brown, who is vice president of the NBPA, criticized Nike’s decision on Twitter.

“Since when did Nike care about ethics?” he asked.

Edit: Here is a rather long link to the actual Washington Post article without a paywall I have never seen this before, but it works - at least for now.
https://www.washingtonpost.com/sports/2022/11/06/kyrie-irving-nba-kevin-durant/?pwapi_token=eyJ0eXAiOiJKV1QiLCJhbGciOiJIUzI1NiJ9.eyJzdWJpZCI6IjQxNzgzMzQiLCJyZWFzb24iOiJnaWZ0IiwibmJmIjoxNjY3ODEzMjU0LCJpc3MiOiJzdWJzY3JpcHRpb25zIiwiZXhwIjoxNjY5MDIyODU0LCJpYXQiOjE2Njc4MTMyNTQsImp0aSI6ImM5Y2VlNmI4LTVmMzUtNDUxOS1iMTdlLWNmZTUzM2IxYmMzMyIsInVybCI6Imh0dHBzOi8vd3d3Lndhc2hpbmd0b25wb3N0LmNvbS9zcG9ydHMvMjAyMi8xMS8wNi9reXJpZS1pcnZpbmctbmJhLWtldmluLWR1cmFudC8ifQ.Kpx7FiRUyZljn8gezDl4MM_Fp-jXrV9HwyToEca7kFg